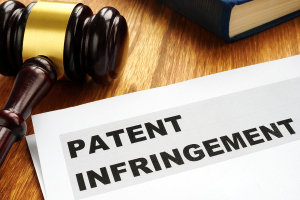 The California-based enterprise filed the suit, titled Elekta Limited and Elekta Inc. v. ZAP Surgical Systems, Inc., this month in the United States District Court for the Northern District of California, asserting that the manufacturing, importation, advertising, sale and use of the ZAP-X Gyroscopic Radiosurgery Platforms violates a patent for a rotatable treatment system designed by Elekta.

"Zap Surgical is acting quickly and will defend itself aggressively," said John Adler in a statement to HCB News. "We have engaged with legal counsel and already our team has identified several promising non-infringement and invalidity positions that we are working to develop further."

Elekta Limited is seeking monetary damages with a threefold enhancement for willful infringement, and an injunction to prevent the importing, manufacturing, sale and use of the product in the U.S.

"Elekta is a recognized innovator in radiation-based treatment technologies," said Jonas Bolander, general counsel and executive vice president for Elekta, in a statement. "We invest heavily in the research and development of new and better therapies for patients, and we value and vigorously protect the intellectual property rights that result from such investment. As demonstrated in the past, Elekta will not accept any violation of its intellectual property rights."

Its suit follows the adoption of ZAP Surgical Systems’ radiosurgery platform, which gained FDA clearance in 2017, by Barrow Brain and Spine in Phoenix, Arizona to deliver stereotactic radiotherapy to treat patients with brain tumors. In addition, clinical trials are expected to begin in June in Beijing.

Equipped with self-shielding technology, the solution is designed as an alternative to invasive surgery that delivers high-dose radiation to brain tumors precisely, while protecting normal brain tissue and other organs, such as the eyes. It requires no cement radiation vault to protect operators when in use, saving providers an estimated one to two million dollars.

“It’s like a shaper knife,” Dr. John Adler, founder and CEO of ZAP Surgical Systems and a professor of Neurosurgery at Stanford University, told HCB News at the time of its adoption at Barrow Brain and Spine, noting that the ZAP-X platform is more precise, from more directions, than existing SRS technology. The ZAP-X is also safer because it lets operators record the radiation as it is being administered, he added.