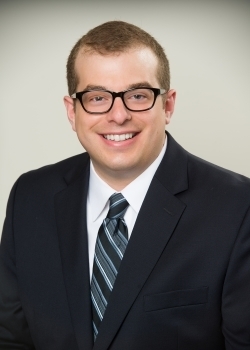 The Employee Retirement Income Security Act of 1974 (ERISA) is a confusing set of federal laws that offer limited relief for health care consumers. ERISA’s implementing regulations place little pressure, and nearly incentivize, employer-funded plans or health insurers to shirk their claims handling responsibilities. The lack of real punitive consequence for procedural violations under ERISA favors the suppression of claims and appeals, effectively shutting the doors to enforcement in federal court. Considering that 49 percent of Americans are covered by health insurance obtained through an employer, it is important to understand the pitfalls of ERISA.

ERISA appears to pose a bleak statutory vehicle for patients diagnosed with cancer seeking coverage for prescribed proton therapy cancer treatment. In fact, the vast majority of claim denials, according to most estimates, are never appealed. Of those appealed, less than half are overturned in favor of the insured.

Many of the independent review organizations, (such as Medical Review Institute of America, Advanced Medical Reviews and AllMed Healthcare Management, Inc. to name just a few) that conduct external reviews for state insurance or managed care regulatory agencies are employed by the same health insurance companies whose decisions these IROs are asked to review. A survey of six ERISA proton therapy denial cases tried in federal court leaves little doubt as to why health insurers are eager to promote external review. Even though federal law requires state agencies to assign an IRO for each appeal from a list of authorized, accredited organizations, many times health plans will have language that sends denied patients to a hand-picked, pre-selected IRO.

Conflicts of interest abound in these external medical reviews because, as 2011 research by Marc A. Rodwin, law professor at Suffolk University Law School, published in Health Affairs indicates, “health plans frequently employ independent review organizations to perform utilization reviews, conduct quality assurance, and oversee internal appeals—work that generates more revenue for the organizations than performing medical reviews does.” IROs have every incentive to rule in favor of plans. Often IRO external reviewer reports rely on the same outdated medical literature cited by the insurance company whose decision is under review.
1(current)
2
3
4