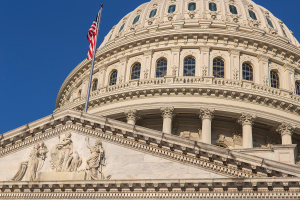 Meeting with policymakers on ASTRO Advocacy Day, the clinicians brought up a number of legislative priorities that they claim require greater attention, protection and improvement.

One such topic was the current payment model exercised in healthcare settings for value-based care, which has garnered much concern due to the upcoming expiration of a payment freeze by the Centers for Medicare and Medicaid Services that prevents cuts to reimbursements through the end of 2019.

"Policymakers increasingly recognize the potential advantages of episode-based payment models relative to fee-for-service structures, but radiation oncologists are not yet able to fully participate in this transition to value-based health care," Dr. Paul Harari, chair of the ASTRO board of directors, told HCB News. "For Medicare patients the only quality payment program available now for radiation oncologists is the Merit-based Incentive Payment System (MIPS), and ASTRO members feel that the current reporting burdens of MIPS leads to inefficiencies without improving quality of care for patients."

Harari and his fellow members instead suggested the implementation of an episode-based APM for radiation oncology that would drive adherence to clinical guidelines by incentivizing radiation oncologists to abide by guideline-concordant care episodes, thereby improving cancer patient care and stabilizing reimbursements, especially for providers of Medicare, of which most American patients are beneficiaries. The idea for such a model stems from a proposal made in 2017 to incentivize radiation oncologists to abide by nationally respected guidelines for treating five of the most common cancers with radiotherapy. They include breast, lung, prostate, colorectal, and head and neck.

They also called for an end to unnecessary prior authorizations, seeing them as hindrances that prevent radiation oncologists from providing patients with the best course of action, despite being held accountable for the outcomes of treatments. A recent survey completed by ASTRO members found that 93 percent of radiation oncologists found their patients experienced delays in treatment due to prior authorization, with 31 percent experiencing delays longer than five days, the equivalent of a full week of standard radiation treatment. The main causes were found to be demands on radiation oncologists to generate multiple treatment plans; peer-to-peer reviews by non-experts in radiation oncology (including non-doctors sometimes); and the appeals process to overturn a substantial majority of denials for radiation therapy.
1(current)
2