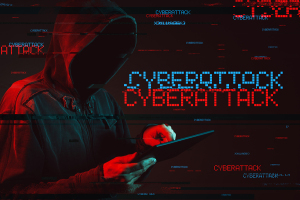 The provider of AI detection tools for cybersecurity threats asserts in its findings that insufficient access controls, reliance on legacy systems and unpartitioned networks have left medical IoT devices vulnerable to hacking that could result in the theft of personally identifiable information (PII) and protected health information (PHI), as well as disrupt healthcare delivery processes. The report suggests that such risks could be mitigated with the inclusion of AI for detecting hidden threats in enterprise IT networks.

"I think the reason for slow adoption otherwise is simply because the concept of internal network monitoring for proactive threat hunting is only a few years old. It takes time for market adoption of any new idea, starting with the forward thinking organizations followed by the mass market," Chris Morales, head of security analytics at Vectra, told HCB News. "There is also the secondary factor of many healthcare organizations having a lean security team. Anything new runs the risk of creating more work and noise. That has to be a factor in the decision making process of what technology to implement and use."

Healthcare organizations face challenges in managing legacy systems and devices due to their weak security controls. Both, however, provide important access to patient health information, ushering in the need for better understanding of network behavior so that risks of legacy systems can be managed and new technology can be leveraged to its full potential.

Policies and procedures that are not thorough and lack essential details can lead staff members to commit errors such as improper handling and storage of patient files, which cybercriminals can target and exploit as a weakness.

Utilizing Vectra’s Cognito threat-detection and response platform, the authors of the report assessed the actions and trends in networks from a sample of 354 opt-in enterprise organizations in healthcare, as well as eight other industries. The platform utilizes AI to collect, enrich and store network metadata with the right context to detect, hunt and investigate hidden threats in real time. It can scale to the largest organization’s networks with a distributed architecture made up of a physical, virtual and cloud sensors that prevent attackers from hiding by providing 360-degree visibility across cloud, data center, and user and IoT networks.
1(current)
2
3