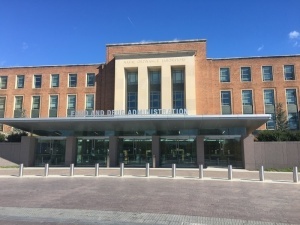 Following the groundbreaking Kaiser Health News report exposing the scope of the little-known FDA “alternative summary reporting” program that let medical device makers “conceal millions of reports of harm and malfunctions from the general public,” the agency has now stated that it will be shutting the program down, according to KHN.

FDA cited the decision in a statement about its “new efforts to protect women’s health and help to ensure the safety of breast implants,” especially textured implants, which have been linked to a type of cancer and which the agency now plans to leave on the market as it “does not believe that, on the basis of all available data and information, the device meets the banning standard set forth in the Federal Food, Drug and Cosmetic Act," Amy Abernethy, M.D., Ph.D., FDA's principal deputy commissioner, and Jeff Shuren, M.D., J.D., director of the FDA's Center for Devices and Radiological Health, said in a statement.

The statement then addressed the controversial alternative reporting issue for devices beyond the implants, as well.

“This is part of a larger effort to end the alternative summary reporting program for all medical devices, which we intend to complete in the coming weeks,” the agency stated, continuing, “this program was established in 1997 to more efficiently review adverse events for well-established risks, but was not allowed for patient deaths and unusual, unique or uncommon adverse events, which, in the case of breast implants, included BIA-ALCL. Alternative summary reports were not previously available in our public database for medical device reports, Manufacturer and User Facility Device Experience (MAUDE) [the FDA public-facing database of device safety reports].

The Kaiser report exposed that the 20-year-old program had 1.1 million reports kept from both public and professional review since 2016.

Former FDA official Dr. S. Lori Brown told KHN that this ending was a “victory for patients and consumers.”

“The No. 1 job of the FDA — it shouldn’t be ‘buyer beware’ — is to have the information available to people so they can have information about the devices they are going to put in their body,” Brown told the investigative news group.

In March, the revelations in the KHN report prompted concern for healthcare professionals.

“The FDA absolutely should be making all of this information available,” Diana Zuckerman, president of the National Center for Health Research, told the news agency.

The numbers of these “alternative summary reporting” (ASR) exemptions, Zuckerman added “takes my breath away," KHN reported at the time.

Former FDA chief Dr. Scott Gottlieb confessed to the news agency at the time that he “wasn’t aware of the full scope of the reports that weren’t going into MAUDE.”

The exemption issue involves hundreds — even thousands — of injury and malfunctioning events. For example, KHN had determined from FDA records that “some cardiac device makers have filed hundreds of death reports under the registry exemption. The FDA confirmed that nearly 12,000 litigation summary reports related to injuries associated with pelvic mesh were filed in 2017 alone.”