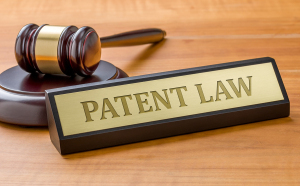 The U.S. District Court for the District of Delaware rejected Hologic’s motion for an injunction against the sale last Thursday, allowing Minerva to continue selling its Endometrial Ablation System (EAS). The denial is based on another decision handed down last month by the Federal Circuit Court of Appeals, upholding a decision by the U.S. Patent and Trademark Office to invalidate a patent of Hologic’s for the detection of perforations in the uterus during ablation procedures.

“The Court of Appeals, in a unanimous decision, agreed that the patent was invalid,” Vera Elson, a lead trial lawyer and a partner for Wilson Sonsini Goodrich & Rosati, who represented Minerva Surgical, told HCB News. “We informed the court, and the court denied the motion for an injunction, which means that Minerva is free to continue selling its product. The judge concluded it was very unlikely that decision would change.”

The debate over the validity of the patent dates back to 2015 when Hologic filed a patent infringement lawsuit against Minerva, alleging that the Minerva EAS infringed upon four U.S. patents owned by Hologic via their acquisition of CYTYC, a company that had previously acquired another company called Novacept in 2004. Minerva was established in 2008 by the founder of Novacept.

Two of the four patents were dropped prior to trial, because one expired and the other was invalidated by the U.S. Patent and Trademark Office as a result of Minerva filing for a post-grant review of the patent (PGR).

The first of the remaining two patents revolved around a method for detecting the existence of any perforations within the uterine wall lining prior to ablation. If any holes are found, then the procedure cannot move forward, as the delivery of energy from the ablation process would create heat that could seep through the hole and potentially damage nearby organs, such as the large intestine. Such damage would likely require major surgery a few days later.

Minerva filed an inter partes review (IPR) with the U.S. Patent and Trademark Office to review the validity of the patent, presenting evidence to show that similar methods had been patented before using various techniques and challenging the assertion by Hologic that inventing such a method required a skilled artisan with experience using uterine devices.
1(current)
2