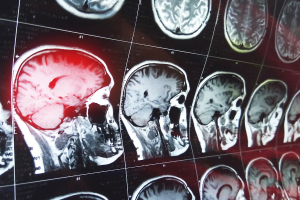 That was the finding presented by South Korean researchers this week at the American Roentgen Ray Society Annual Meeting in Honolulu, Hawaii, as part of a study comparing the use of Zero TE skull MR imaging to standard CT scans. Finding comparisons in diagnostic image quality and quantitative values between the two, the researchers assert that the technique could especially be beneficial to radiosensitive trauma patients, such as children or pregnant women.

“We believe that ZTE skull MR imaging may broaden the indications of MR imaging examinations, especially for radiosensitive patients with trauma,” author Hye Jin Baek, associate professor at Gyeongsang National University Changwon Hospital, told HCB News. “In addition, this can be helpful in MR imaging-dependent technologies such as PET/MR imaging reconstruction, or MR imaging-guided radiation therapy, and in procedures that provide useful information regarding attenuation correction.”

During a ZTE MR scan, a hard radiofrequency (RF) pulse is initiated, followed by a data acquisition switch, to receive the free induction decay signal. The k-space fills the 3D radial center, with the readout gradients of Gx, Gy, and Gz ramped up prior to the onset of the RF for a small gradient change that results in fast and silent scanning. This enables a native proton-density contrast to be used, followed by histogram-based intensity correction to generate CT-like bone images. An inversion logarithmic image rescaling is then applied to sharpen the quality of the CT-like contrast image.

Using a GE 3T system with a 48-channel head coil, the researchers applied the technique to 13 patients with head trauma, comparing the findings to those of a Philips’ IQon Spectral CT scanner and a Toshiba Medical Systems’ Aquilion ONE/ViSION Edition CT. The modalities were graded on a 5-point Likert scale by two neuroradiologists, with skull thickness and ratio of measured bone tissue property taken into account to assess differences in quantitative analysis. Interobserver reliability was measured with weighted kappa statistics and intraclass correlation coefficient.

The MR images were found to be comparable in diagnostic quality to those of CT for evaluating skull fracture. Quantitative measurements also correlated well with one another, as did skull structures.

“We are currently carrying out another study on skull masses with this technique,” said Jin Baek. “In this one, we have three cases of skull tumors including metastasis, complicated organizing hematoma, and osteoma, and think that ZTE MR imaging will provide additional information with routine brain MR protocol in cases of skull mass with inhomogeneous composition or dural extensions.”