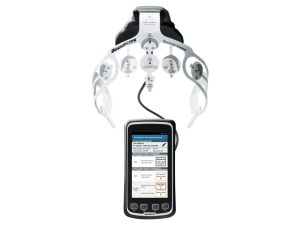 The study is titled, Reduction in unnecessary CT scans head-injury in the emergency department using an FDA cleared device.

“Greater than 80 percent of patients who arrive at the emergency department with a mild traumatic brain injury (mTBI) will be scheduled for a CT scan to rule out a structural injury. On average, mTBI patients who receive a CT scan spend approximately 6.6 hours in the ED, including a 2.5 hour waiting period for the scan to be performed and assessed by a radiologist,” BrainScope CEO Michael Singer told HCB News. “Ninety-one percent of these scans are negative, exposing the patient to unnecessary radiation. Additionally, a CT scan does not indicate the presence or severity of concussion, resulting in many concussed patients being discharged with little or no follow-up.”

Researchers evaluated 91 patients admitted to the Jewish Hospital Washington University Medical Center ER, who each sustained closed head injuries within three days prior to their admission, with the mean time since the event being 10.8 hours. Eighty-two percent of injuries were caused either by motor vehicle collisions or falls. Patients were 18-76, and nearly all scored a 15 on the Glasgow Coma Scale. The exception was one patient with a score of 14.

All were referred for a CT scan, which was read by a site neuroradiologist and evaluated for related traumatic brain injury. They then underwent a 5-10 minute BrainScope EEG-based structural injury classifier (SIC) evaluation using a proprietary disposable EEG headset, with the exam administered by physician assistants, nurses or technicians.

Along with avoiding unnecessary imaging and associated radiation exposure, the device reduced throughput times and was able to better triage patients who required a CT scan. It also demonstrated a rate of 100 percent sensitivity, with the decrease in unnecessary CT scans and associated radiation resulting in no false negative cases. In addition, the findings confirm the overall CT referral rate reduction results of a retrospective study published in 2017 of the data collected in the BrainScope FDA validation study.
1(current)
2