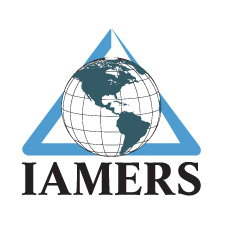 It was another great IAMERS event in Charleston. The weather cooperated and Diana Upton put together a great event, as always.

Rob Kerwin offered the opening remarks and I think he made everyone in the room a little nervous. Rob shared with us that it looked as though independent service companies and hospitals in-house service teams were going to find it harder and harder to access calibration software and diagnostic tools for high end imaging equipment.

If you are not in the loop about this and if you provide service either in-house or as an ISO, this is something you want to come up to speed on.

Josh Silverstein from the FDA gave a very interesting and informative talk. He provided attendees a little background and although everyone pressured him, he was not able to give us much of a prediction about the future. Everyone was glad he was there and I think everyone expressed gratitude to him for the good work he is doing on behalf of patients.

Mark Spangler and Grant Norris were there from AIS Medical. AIS is involved in ultrasound and nuclear medicine service and they are selling a new camera, made by Mediso.

Chad Fowlkes and Scott Simmons were there representing Advanced Imaging Systems and Dedicated Imaging. They really are growing fast. Unfortunately, Dave Band couldn't be there — I think this is the first time I've ever missed him at one of these meetings.

Jeremy and Josh Block were both there, representing Block Imaging. They shared with us that in addition to their core business of equipment and parts, they are now expanding into mobile imaging with MR, CT and mobile PET/CT.

Blake Collins and Mike Powers were there representing Christiana Healthcare. Mike offered some real insight into the challenges faced by independent service companies. Although I wanted to visit with Blake, I did not have the chance so hopefully I will be able to do that in the future.

Dick Branca was there representing Cool Pair Plus and it is always good to see him. He is an icon in the business.

Sheila O'Donnell was there from Crothall, which recently added Advent Health, University of Cincinnati and Emblem Health to its client portfolio and I commented to Sheila, how fast Crothall has grown.

Don Bogutski was there from Diagnostix Plus. In addition to his nuclear medicine activity, Don is selling a replacement to lead shielding in a radiology suite. According to Don, it is less expensive to install at the end of the day, when you take into account the labor because these large panels are just easier to manipulate than lead.
1(current)
2
3
4