How will tariffs impact healthcare? 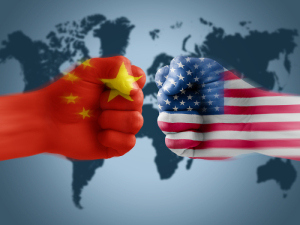 This week I was in Denver and I saw a news story about a company that assembles electric bicycles for use in and around Denver and how their prices are going to increase dramatically because many of the components that they use to assemble their bicycles originate in China.

It occurred to me that a number of components used in medical equipment sold in the U.S. are also manufactured in China and I wondered what the impact of these tariffs would be on healthcare.

Gregg, my next door neighbor, has a favorite expression: "Google it." So that is what I did. And sure enough, there were a number of stories on the internet describing how the tariffs are going to impact healthcare supply chain and hospital costs. It seems that it will be harder to buy components, so costs will increase.

The reports I read were not only from left wing liberals. According to AHA, not exactly a left wing organization, tariffs will increase hospital supply chain costs by $160 million over the next 12 months.

Last September we wrote that the most recent round of China-imposed tariffs added $3.5 billion in impacted medical devices, affecting “almost all remaining U.S. MedTech exports to China in 2017."

That was half a year ago, and the tariff situation (or "trade war") is only escalating.

You can do exactly what Gregg suggests and "Google it" yourself and you'll see what I mean.

I know there are people who feel that this short-term pain is worth the long-term benefit. I'm not so sure that's correct but I hope that our healthcare delivery network doesn't suffer too much as a result of these tariffs in the short run.