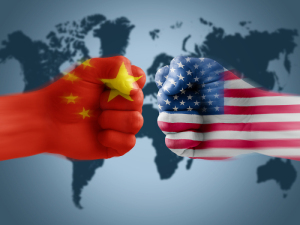 President Donald J. Trump levied 10 percent tariffs Monday on $200 billion of Chinese imports, spurring the East Asian nation to follow through on its earlier intention to impose 5 to 10 percent tariffs on $60 billion worth of U.S. goods, bringing the total amount of U.S. medical technology exports affected since the beginning of the trade war to $4.7 billion, according to Forbes.

This latest round of Chinese imposed tariffs added $3.5 billion in impacted medical devices, affecting “almost all remaining U.S. MedTech exports to China in 2017,” said AdvaMed in a presentation at the annual MedTech Conference in Philadelphia, reported Forbes.

The addition of non-tariff measures are also taking their toll in the form of delayed regulatory approval and tendering discrimination.

At the same time, China is also experiencing the burden of U.S. imposed tariffs, with the latest round from the Trump administration increasing the total amount on Chinese imports to more than $250 billion. The build up of these fines on each side continues to escalate fears throughout the medical technology community over their ability to design, deliver and provide solutions for patient care.

“If the trade war continues and escalating continues to grow, there will be more impact,” AdvaMed CEO Scott Whitaker said Monday before attendees at the MedTech Conference.

Animosity between the U.S. and China over trade is not expected to dissipate any time soon in their ongoing standoff, which began earlier this year with a proposal by Trump to impose a 25 percent tariff on more than 1,300 Chinese products, including medical devices such as MR magnets and CT scanners. He eventually put his plan into action in June, imposing the tariff on $50 billion of imported goods from China.

In response, China issued its own tariffs on U.S. products, with the first wave impacting $34 billion in agricultural, automobile and seafood products. It followed up with another $16 billion in late August, which included $1.125 billion on U.S.-made medical devices, according to CNBC.
1(current)
2