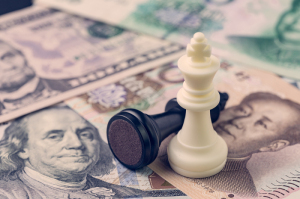 Medical imaging manufacturers can expect to face more financial hurdles in the ongoing U.S.-China trade war, with China planning to implement tariffs on approximately $60 billion in products imported from the U.S.

The tariffs, announced Friday, will affect more than 5,000 items, from X-ray tubes to gamma-ray equipment, issued as a form of retaliation against a recent proposal by the Trump administration to hike the tax rate from 10 to 25 percent.

“Recently, on the basis of the announcement of the 10 percent tariff list for China’s $200 billion exported to the United States, the U.S. has proposed raising the tax rate from 10 percent to 25 percent,” a spokesperson for China’s Ministry of Commerce, told HCB News. “In this regard, China has decided to impose tariffs on the approximately 60 billion U.S. dollars of products imported from the United States in accordance with the four different tax rates. China's differential tax rate countermeasures are rational and restrained.”

Under its tariff lists, China plans to impose 10 percent fees on alpha, medical alpha, beta and gamma-ray equipment. It has also proposed for five percent tariffs to be levied on X-ray tubes, CT apparatuses, B-type and color ultrasonic diagnostic apparatuses, and other ultrasonic scanning modalities.

In its statement, China indicated its willingness to resolve the conflict through consultation “on the basis of mutual respect, equality and mutual benefit” but stated that any unilateral threat or blackmail will only escalate the situation and inflict further damages to the interests of both parties.

“Because the U.S. side has repeatedly escalated the situation despite the interests of both enterprises and consumers, China has to take necessary countermeasures to defend the country's dignity and the interests of the people, defend free trade and the multilateral system, and defend the common interests of all countries in the world,” it said.

Tensions between the U.S. and China have continued to rise in the last few months, starting in April, when Trump proposed a 25 percent tariff on more than 1,300 Chinese products that included CT, MR and X-ray equipment, a combined worth of $34 billion. He eventually went forward with his threat, imposing tariffs on $50 billion worth of goods in June. In response, China imposed its own tariffs the same day, with the first wave impacting $34 billion in agricultural, automobile and seafood products.

The exact date for initiating the current tariffs will be determined based on the actions of the U.S. government, according to the statement, with China willing to introduce countermeasures should it deem such an action is necessary.

Additional U.S. tariffs on $16 billion worth of Chinese imports are slated to take effect at a later date.