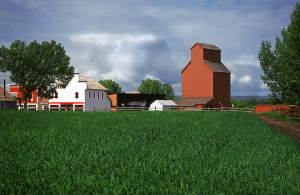 I grew up in a town of about one thousand people. We didn't have a single stoplight in our town. When I was born there were two hospitals but before graduating from college one of the hospitals closed.

The remaining hospital struggled until it became part of UPMC.

Our hospital was lucky because we were close enough to the big city but there are lots of hospitals out in the country that are not so lucky.

I might be losing my mind that I want to say that there were something like 100 hospitals that closed within the last year.

The closure of a rural hospital has a wide range of negative effects on a community. Aside from reduced access to care, it also means fewer jobs.

Today, medical equipment is based largely on software technology. Sometimes that software becomes outdated and the developer stops updating it. Rural hospitals don't have money for new technology, so when their software becomes defunct it can be disastrous for them, their patients and their communities.

Robert Kerwin contributed a very interesting story on this topic and he does a better job of explaining it than I can. I encourage you to read it here.