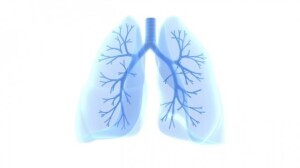 Applied to low-dose chest CT scans, the solution offers an automated image evaluation system that enhances the accuracy of early lung cancer diagnosis so that treatment can take place earlier. The aim is to reduce the high rates of errors and limited access to screenings that cause many cases to be detected at advanced stages, when they are harder to treat.

“Radiologists already use a variety of different ‘nodule detector’ technologies and other image manipulation techniques to help find lung cancer. This represents a significant evolution of those tools that we've shown in thousands of retrospective CT scans to work more effectively,” study co-author Dr. Mozziyar Etemadi, a research assistant professor of anesthesiology at Northwestern University Feinberg School of Medicine, and of engineering at McCormick School of Engineering, told HCB News. “Having a tool like this, with its associated high accuracy and low false positive rate, can give them the confidence to tell their patients they are going to make sure they do or do not have cancer.”

The most common cause of cancer-related death in the U.S., lung cancer killed an estimated 160,000 people in 2018. Large clinical trials in the U.S. and Europe have proved that chest screening can identify cancer and reduce death rates.

The system identifies a region of interest and indicates if the region shows signs of a high likelihood of lung cancer. It relies on primary CT scans, and when available, prior ones from the patient as input. Priors aid in predicting risks for malignancy, as the growth rate of suspicious lung nodules can be indicative of malignancy.

It then was used alongside six radiologists to assess LDCTs for patients, some of whom were diagnosed within a year following a biopsy. In cases lacking previous CT imaging, the solution outperformed the six, and performed as well as them in cases where prior imaging was available.

The authors of the study plan to deploy the system in larger patient populations for further clinical validation, as well as eventually submit it for FDA approval.

“One of the best parts about this project and with working with Google is that from day one, they said the goal was to have this actively used in patient care,” said Etemadi. “They, better than anyone, understand that this means publishing a retrospective study is only the beginning. This is a refreshing change from academia where publishing is often the end goal. They have experience bringing products to hundreds of millions of users — that same level of quality and rigor is going into this, with, of course, the added safety and rigor that comes with a clinical product.”

The findings were published in the journal, Nature Medicine.