Cancer mortality for men, women and children on the decline, says report 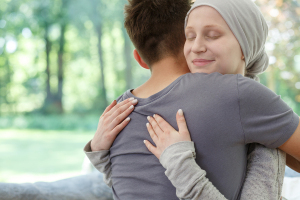 "We are encouraged by the fact that this year's report continues to show declining cancer mortality for men, women, and children, as well as other indicators of progress," said Betsy A. Kohler, executive director of NAACCR, in a statement. "There are also several findings that highlight the importance of continued research and cancer prevention efforts."

For women, incidences were fewer in six of the 18 most common cancers, higher in nine, and stable in three. Mortality was down in 13 of the 20 most common cancers, including lung and bronchus, breast and colorectal (the three most common), but up in five, the highest of which were uterine and liver cancers.

The average annual incidence rate for all cancer sites combined was 1.2 times higher among men than women, while the average annual death rate among males was 1.4 times that of women. A relatively young subset of male and female cancer patients provided an exception to those rates.

"The greater cancer burden among women than men ages 20 to 49 was a striking finding of this study," Elizabeth Ward, lead author of the study and a consultant at NAACCR, said in a statement. "The high burden of breast cancer relative to other cancers in this age group reinforces the importance of research on prevention, early detection, and treatment of breast cancer in younger women."

Black men and women were found to have the highest overall cancer incidence rates for people of all ages, as well as the highest cancer death rates for all cancer sites combined and about half of the most common malignancies in men and women. Hispanics had lower overall incidence rates than non-Hispanics, though the lowest overall rates were found among Asians and Pacific Islanders.

The report is the collaborative work of the National Cancer Institute (NCI), part of the National Institutes of Health, the Centers for Disease Control and Prevention (CDC), the American Cancer Society (ACS), and the North American Association of Central Cancer Registries (NAACCR).

The findings were published in the Journal of the National Cancer Institute.