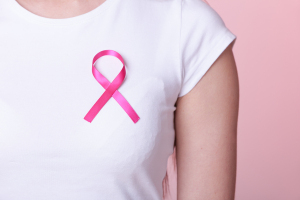 That’s the consensus arrived at in a new study which found that one-third of patients were not told by their physicians that other options were available to them — options that could mitigate not just the physical appearance of scarring but the psychological impacts associated with it.

“Historically, incisions for cancer were placed directly over the tumor, particularly when the tumor was palpable. Now more cancers are detected by mammography and are non-palpable,” author Dr. Jennifer S. Gass, chief of surgery at Women & Infants Hospital, told HCB News. “Smaller tumors require less extensive tissue removal, thus, resections that may have previously required skin do not today, and therefore incisions may be able to be placed remotely. This adds another level to the task of surgery, just as laparoscopy adds another level of skill to abdominal surgery. Therefore there may be a knowledge gap.”

An estimated 269,000 newly diagnosed cases of breast cancer have been discovered in the U.S. in 2019, with more than 42,000 dead from the disease, according to the National Institutes of Health. More than 3.5 million women in the U.S. are breast cancer survivors, many of whom carry scars from surgical treatments.

Surveying 487 participants who underwent lumpectomies and/or mastectomies, researchers found that 64 percent of lumpectomy-only and 67 percent of mastectomy-only patients were unhappy with the location of their scars. Together, the two groups made up two-thirds of women surveyed.

When asked about their choice of procedures, 32 percent who only had lumpectomies and 35 percent who had only mastectomies said their physicians had not informed them of other options available such as nipple-sparing mastectomies or hidden scar tissue techniques. About six in ten said they would have considered such options had they been made aware of them.
1(current)
2