SEC probes Siemens, GE and Philips over business with China 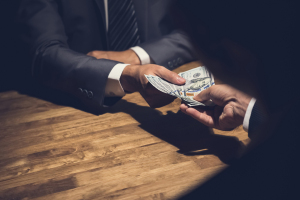 The U.S. Securities and Exchange Commission has opened a new probe into allegations of bribes negotiated between leading manufacturers — Siemens AG, Philips NV, and General Electric Co,— and Chinese government and hospital officials for the sale of medical equipment.

The allegations, outlined in a Rueters exclusive, come less than a month after the FBI launched a separate investigation into allegations made against Siemens, Philips, GE and Johnson & Johnson concerning illegal kickbacks to government officials in exchange for securing contracts with public health programs across Brazil over the past two decades.

If true, the actions in both cases go against the U.S. Foreign Corrupt Practices Act of 1977 (FCPA), which bars Americans, U.S. companies and foreign enterprises whose securities are listed in the U.S. from paying foreign officials in exchange for business. Violating the act could result in fines from the SEC.

The new allegations with China first came to light in a shareholder lawsuit, known as the Cuker complaint, filed in December in New York State court, accusing GE employees in China or workers at the company’s subsidiaries since 2011 of having “bribed hospital administrators, engaged in collusive bidding, and given kickbacks to government officials.”

It asserts that GE worked with Philips, Siemens and Toshiba Corp’s medical unit (now owned by Canon) to fix prices and rig tenders for expensive equipment, such as MR and CT systems, through Chinese middlemen. All four deny any wrongdoing or any knowledge of the SEC probe into their operations in China, according to Reuters.

“We are committed to integrity, compliance and the rule of law in every country in which we do business,” a GE spokesperson told HCB News. “With regard to the Cuker complaint, we believe the complaint lacks merit.”

Siemens said that it was not informed of the probe but that it cooperates with authorities in any such instance. "To date, the SEC has not informed the company that it is being investigated in China in connection with alleged FCPA violations," said Lance Longwell, director of communications and public relations at Siemens Medical Solutions USA. "It is Siemens policy to cooperate with law enforcement investigations when they occur. Please understand that we cannot further comment."
1(current)
2
3