Breast MR for cancer survivors may result in unnecessary biopsies 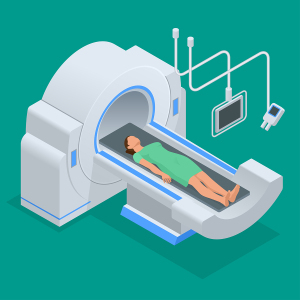 Researchers found that compared to mammography alone, the combination of mammo and breast MR surveillance showed no difference in the ability to distinguish breast cancer from other findings (sensitivity) or rule cancer out (specificity), despite the latter finding more breast cancers and resulting in twice as many biopsies.

"After women complete treatment for breast cancer, guidelines recommend annual mammography to screen for second breast cancers," said study leader Karen Wernli, an associate investigator at Kaiser Permanente Washington Research Institute and an affiliate associate professor of health services at the University of Washington School of Public Health, in a statement. "Our previous research showed that in practice, breast MRI is also being used to screen a growing number of women who have had breast cancer — often between yearly mammograms. But more testing isn't always better."

While a biopsy with no cancer can be reassuring, some women seek to avoid unnecessary biopsies because such procedures often evoke anxiety and distress within them until they have the results. Many breast cancer survivors, however, will undergo them to be sure they are rid of cancer.

More than 13,000 women, ages 18 and up, participated in the study, which focused on the use of breast MR only in women with prior breast cancer. Participants had previously been diagnosed with stage 0-III breast cancer and were screened with nearly 34,000 mammograms and more than 2,500 breast MRs together from 2005 to 2012.

The study adjusted for differences between women who only received mammograms and women who received both a mammogram and a breast MR exam. Those who did receive breast MR were more likely to have a more advanced stage of cancer, denser breasts, and diagnosis at a young age, all factors that can raise the risk for developing second cancers.

"This might be one reason for the slightly higher cancer rate the study found with the addition of breast MRI," said Wernli. "Further, women who had more education and income were also more likely to receive breast MR — not specifically because they had higher risk of second cancers, but because they likely had more access to resources.”

Breast MR is recommended for women at high risk of breast cancer, with the American College of Radiology recommending in 2018 that annual breast MR be performed on breast cancer survivors who either have dense breast tissue or were diagnosed with breast cancer before the age of 50.

The research team next plans to study whether any subgroups of women who are breast cancer survivors are more likely than others to benefit from breast MR surveillance.