Demand on the rise for MR-guided radiotherapy, says new report 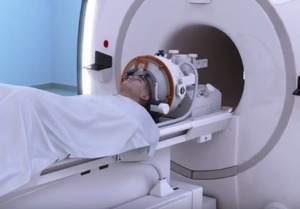 Entitled MRI-guided Radiation Therapy Systems Market Forecast, Trend Analysis & Competition Tracking — Global Review 2018 — 2028, the report perceives the development of advanced technologies in healthcare and medical devices as the primary driver of growth for the $221 million market, which is "likely" to register 31 percent year-over-year growth in 2019.

The rise in demand can also be attributed to the relatively greater benefits of MR-guided radiotherapy, compared to linear accelerators, favorable reimbursement policies and improvements made by leading market players taking part in conferences, trade shows and exhibitions.

The main target of the market will continue to be hospitals, due to ongoing clinical expansion of high-tech procedures such as linear accelerators integrated with MR radiotherapy (Linac MR-RT).

Leading the market is North America, which accounted for 45 percent of sales in such systems in 2018. It is predicted to retain its position due to a rapid rise in the number of cancer patients being treated with radiotherapy in the U.S., as well as increases in the national expenditures for cancer care brought on by the rise in cancer prevalence. Demand here and in other developed markets is strong, and is also growing in developing nations, some of which have become homes to attractive markets for MR-guided radiotherapy solutions.

Leading players in the report are VIEWRAY Technologies and Elekta AB, based on key financials, SWOT analysis, sales footprint, and recent developments. VIEWRAY recently celebrated the use of its technology in treating the 1000th patient with MR-guided radiotherapy at the Siteman Cancer Center at Barnes-Jewish Hospital and Washington University School of Medicine in St. Louis, home to the first world’s first MRIdian center.

"The center's trailblazing research and cutting-edge treatments have played a big role in the clinical acceptance and growing adoption of MR-guided radiation therapy, which, in turn, has benefited not just the 1,000 cancer patients at Siteman, but many others around the world," said Scott Drake, president and chief executive officer of ViewRay, in a statement.