Admittance for radiology residencies based on looks, says study 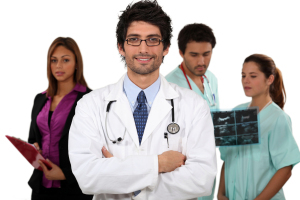 Admittance to radiology residency
programs is unfairly based on looks,
says a new study
Grades, class rank and honor society membership may not be enough to obtain a residency in a radiology department, especially if you are obese or facially unattractive.

That’s according to a new study by researchers at Duke Heath, who have uncovered biased discrimination in medical school radiology programs based on looks when evaluating potential candidates for residencies.

“There is no justification for discriminating against applicants to residency programs based on their physical appearance,” Charles M. Maxfield, Duke Radiology’s vice chairman of education and lead author of a study in the journal Academic Medicine, told HCB News. “The potential consequences of this bias are significant. When you are sick, you want an excellent doctor, not an attractive doctor.”

The study was based on mock applications that were reviewed at five academic radiology departments by 74 faculty members, who were under the impression they were assessing actual potential candidates for residency.

Seventy-six photographs were used to show the pre-specified distribution of facial attractiveness and obesity, along with race/ethnicity and gender. Each was randomly given a generated name with other demographic information to form 76 baseline applicant identities, with academic variables randomized for each application and reviewer, so that each reviewer saw a different combination of academic variables associated with any given photograph.

Researchers found that people who were perceived as unattractive or obese in the application photographs were half as likely to receive an interview, compared to those who were seen as attractive and non-obese, regardless of academic records.

In addition, black and Hispanic applicants were favored over white and Asian ones, which Maxfield suspects is due to reviewers prioritizing candidates based on their institution’s goals and values. He also says there is no reason to believe that such incidents of bias are isolated within radiology departments.

“Simply to be aware of this potential bias, which is human nature,” he advises. “Consider it and be prepared to compensate for it.”