Ethics in artificial intelligence — many questions, but few answers 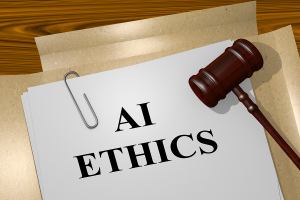 The Socratic method was in full force over the matter of sharing patient data for AI algorithm deep learning during an afternoon session at SIIM 2019 titled Ethics in Radiology: the European and North American Multisociety Statement.

The interactive session intended to solicit input from SIIM expert attendees on a draft paper about the ethics of sharing patient data in both Europe and the U.S. Some of the authors, from Kenya, the Netherlands, and the U.S., seemed pleased with the responses that raised more questions than definitive answers.

Moderator Dr. J. Raymond Geis, assistant clinical professor of radiology at the University of Colorado, acknowledged that the topic was still unsettled and radiologists and others have strong opinions about the matter. His colleagues — Dr. Judy Gichoya, fellow and interventional radiologist at Oregon Health & Sciences University's Dotter Institute, and Dr. Erik Ranschaert, radiologist at the Netherlands Cancer Institute — helped lead the interactive session.

"I sent the draft to a colleague at Princeton, and he shared it with his grad students," reported Geis. "They pretty much chewed my butt about some things.”

He made the point to reinforce that the paper, titled with the same name as the session, was very much a work in progress. The audience spent most of the 90-minute session highly engaged in discussing the topic.

The opening paragraph set the tome for the interactive session:

Artificial intelligence (AI), defined as computers that behave in ways that, until recently, were thought to require human intelligence, has the potential to substantially improve all facets of radiology. AI is complex, has numerous potential pitfalls, and is inevitably biased to some degree. Radiologists and all others who build and use radiology AI products have a duty to understand AI deeply, to provide the most benefit to patients, to understand when and how hazards manifest, to be transparent about benefits and risks, and as much as possible to mitigate any harm they might cause. AI will cause dramatic clinical, social and economic changes. Most changes will be positive, but some may be for the worse.
1(current)
2