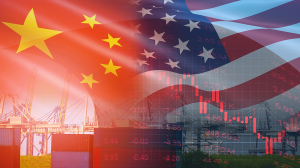 Last week, the Trump administration announced it would exempt 110 Chinese products, including some medical equipment, from its 25 percent tariffs placed on $34 billion of Chinese imports on July 6, 2018.

The exclusions are retroactive to that date, according to Reuters, and will be in place for a year from last Tuesday.

The U.S. has levied tariffs on $250 billion on imports from China and now threatens to tax another $300 billion.

There were 12 exclusion requests granted to Medtronic, including one for a component in a device used to treat liver tumors.

Varian Medical Systems also received an exclusion for some of its equipment after claiming that that the tariffs would only hurt their firm, as there are no other “good alternatives,” noted Reuters, and that it would hurt it against European competitors.

Other device components that have been exempted include “veterinary ultrasound devices, certain parts and accessories of electro-surgical instruments, and dental X-ray alignment and positioning apparatuses,” according to a report in Medtech Dive.

But according to a June statement to USTR by the Advanced Medical Technology (AdvaMed) Association, which represents over 400 medical device makers, many devices that the group hoped would be exempted, including pacemakers, remain subject to the 25 percent tariff.

In addition, it urged that, “including medical technology products on the USTR list is troubling from a public health perspective. Healthcare products have been consistently recognized as being exempt from trade sanctions — even with countries which the United States considers to be security risks.”

“Chinese patients will continue to have access to innovative medical technology, but from other sources," AdvaMed said in June. "China will look for countries outside the United States — Europe, Japan, Southeast Asia — as alternative sources for U.S. technologies. AdvaMed and our members do not endorse imposing import tariffs on medical technology as a means of changing China’s behavior in our industry.”
1(current)
2