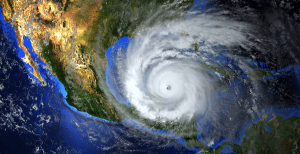 Disruptions in radiotherapy during
hurricanes decreases overall survival
for cancer patients, says a
new study
Radiotherapy patients who suffer disruptions in treatment from hurricanes are less likely to survive, overall, compared to ones treated under regular circumstances.

That is the claim made in a new report by the American Cancer Society, with longer disaster declarations correlated to decreasing survival rates. To alleviate the situation, the researchers behind the study recommend a number of tactics, including transfers of treatment and the elimination of patient out-of-network insurance charges during disasters.

“The healthcare community can play a crucial role in expanding disaster preparedness efforts to ensure the safety of cancer patients and to provide continuity of care,” chief author Leticia Nogueira, principal scientist of health services research for the ACS, told HCB News. “Although this was not the focus of our study, subject matter experts at FEMA and the CDC might be able to provide specific guidance relevant to members of the healthcare community.”

Hurricanes are prone to wreak havoc on oncology care, with radiotherapy particularly vulnerable due to its reliance on electrical power and the daily presence of specialized teams and patients for treatment delivery.

To assess the full impact on treatment, Nogueira and her team compared the outcomes of patients who underwent radiotherapy between 2004 and 2014 for nonoperative locally advanced non-small cell lung cancer. Patients with NSCLC are particularly at risk when treatment is disrupted, with delays as little as two days impacting survival.

Adjusted relative risk for death increased depending on the length of disaster declaration, rising by 27 percent in events that lasted 27 days. Association became non-significant after 30 or more days, though only 19 declarations out of the 101 disasters included in the study lasted that long.

While supported by a large national sample with detailed sociodemographic, clinical, and treatment information, as well as adequate follow-up periods, the study does not take into consideration all factors. Among them are smoking history, performance status, treatment toxicity, reasons for or exact dates of treatment breaks, and other hurricane-related variables such as mental health status, physical functioning and displacement.

The study relied on information from within the National Cancer Database, a hospital-based database that captures approximately 70 percent of newly diagnosed cancers in the U.S.

The findings were published in the journal, JAMA.