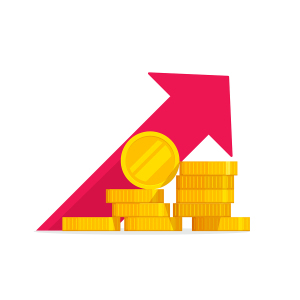 Rising healthcare spending by the Chinese government boosted Philips to above-expectations sales growth in Q2 — with comparable sales up 6 percent versus a 4.5 percent analyst forecast.

The company saw a “double digit” sales rise in China, according to Reuters, due in part to government expansion of hospitals and purchase of more high-tech healthcare equipment.

“Healthcare in China is still not sufficient to meet the demands of an aging society,” Philips CEO Frans van Houten told Reuters.

“The government has said it would expand capacity, and that is exactly what is happening. This trend for us is more important than fluctuations in GDP growth, and we expect it to continue in the coming years,” he explained to the news agency.

Sales rose in the U.S. and Europe as well, according to the company.

“We saw growth in all our segments in the second quarter and we expect that to continue,” Van Houten said, adding that, “we had strong traction in emerging markets and that is set to continue. Also, we expect mature markets to come in stronger in the second half of the year.”

Despite the positive sales news, the company advised that ongoing tariff woes remain a main uncertainty, and will impact both its components and products.

“The main cloud hanging over us is the possible fourth batch of tariffs,” Van Houten stated. “If that would happen, it would increase the amount by which our earnings are hit by 20 million euros this year, but nobody knows whether it will happen.”

The company now anticipated that it will lose about $51 million of earnings in 2019 due to tariff impact.

Despite that, the presently forecast 4 percent to 6 percent total comparable sales growth through 2020 remains in place, with a projected profit margin up from 13.1 percent to 14 percent for the year.