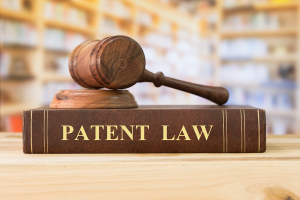 The verdict is a response to a patent entitlement lawsuit between Beamocular AB and C-RAD regarding the research and development behind GEMini, a digital X-ray detector designed by C-RAD’s subsidiary, C-RAD Imaging AB.

"In the bigger picture, it is rather important for small, innovative companies like C-RAD. We need to rely on investors who can afford to take the risk and invest in technology they believe in," Tim Thurn, CEO and president of C-RAD, told HCB News. "It is important to show to investors now that the IP or the investment were developed by us, that we are willing to fight for the ownership to our intellectual property, and that we shall have the right to commercialize it as well. If they did not see their investment being protected, it would be very likely that they would stop investing."

GEMini is based on C-RAD's Gas Electron Multiplier (GEM) technology, and can be used for dosimetric purposes. Its performance parameters enables users to perform dosimetry and for linear dose responses comparable to high dose rates that are more than what current treatment machines use.

C-RAD filed the suit against Beamocular in May 2017, accusing it of using a patent already in use for its invention. C-RAD claims to have filed an earlier patent application in 2013, which now is a granted U.S. patent. The detector has not yet been commercialized.

Maad, who could not be reached for comment, argued that while the developments specified in his patent application were similar to the work he was part of at C-RAD, they were based on research he conducted for his own company, according to Thurn, who says the court rejected this claim based on the viewpoint that the developments were already protected by C-RAD, and were unlikely to be thought of by Maad.

"It is important to understand that if IP is developed, even if it’s only an idea at the end of the day, if it took several years or at least a long period of time to develop, there are significant investments behind it," said Thurn. "I think it’s very important that those who covered the cost for developing this idea should have the possibility to harvest fruits from it. That is basically what we can take away from this lawsuit."

The verdict requires Beamocular to reimburse C-RAD’s legal and associated costs for the case in full, which are approximately 1,5 million SEK (more than $157,800) related to the lawsuit. The largest part has already been accounted for as cost until the first quarter of 2019.

Beamocular filed for bankruptcy in 2018, a fact which may prevent C-RAD from being reimbursed in full.

Beamocular has the right to file an appeal in the case.