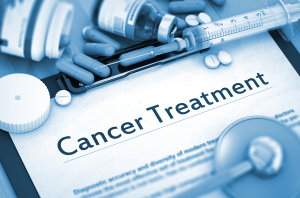 Conducted by 21st Century Oncology, the report asserts that radiotherapy may be a better substitute for anti-estrogen pills, which are prone to cause adverse side effects such as hot flashes, weight gain and bone fracture.

“They think because it [radiotherapy] is more expensive and doesn't affect survival rates that it's not worth it,” Dr. Frank Vicini, principal investigator at 21st Century Oncology, told HCB News. “But they aren't factoring in the quality-of-life issues associated with anti-hormonal therapy, and those factors are important, too.”

He and physicians from several centers conducted three trials and two meta-analyses using data from 200,000 women, age 70 or older. They determined that low-risk patients who underwent a lumpectomy and chose anti-hormonal therapy experienced only slightly higher survival rates than those treated with radiotherapy.

In addition, the model found that radiation yielded only a slight increase in cost to the healthcare system at $3,809 over the average lifetime. The finding was based on eight survival metrics and cost differentials.

While only 50 percent of patients continue taking daily pills over a five-year period when on hormonal therapy, physicians are more inclined to prescribe it instead of radiotherapy, according to Vicini, who says that patients should consult their physicians about the side effects and requirements of hormone therapy, as well as cost when deciding between it and radiotherapy. He adds that radiotherapy may be a better option for women who want to avoid what can be severe side effects of endocrine therapy.

“The study found that it costs $3,809 more for radiation vs. hormonal therapy over the average patient lifetime,” he said. “But, remember, those added costs are to the healthcare system, not the patient. These patients should also seriously consider whether they'll remember/want to take a daily pill for the next five years.”

Among the institutions that took part in the trials and meta-analyses are the Cleveland Clinic, Harvard, Memorial Sloan Kettering, and the University of Michigan.

The findings were published in the International Journal of Radiation Oncology.