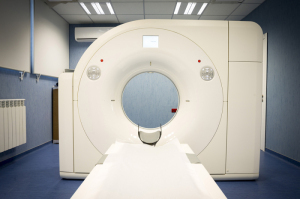 The Brihanmumbai Municipal Corporation (BMC) has told the Bombay high court that a preliminary inquiry found an unnamed pair of its staffers were negligent in the 2018 death of a patient crushed in an MR mishap, according to the Hindustani Times.

On August 13, the division bench of Justice Akil Kureshi and Justice S.J. Kathawalla asked BMC to reply if an internal inquiry had been conducted into the incident.

“There must have been an internal inquiry. If there is a report, submit it,” Kureshi told senior advocate Joaquim Reis, representing BMC, at the time. BMC was given two weeks to submit it to the court, according to the Times of India.

The mishap occurred at BYL Nair Hospital, where the victim, Rajesh Maru, lost his life when he brought an oxygen tank in the the MR room, allegedly at the instruction of a hospital staffer. The family is seeking 1.42 crore ($198,000) in compensation.

Reis, responding to a petition from Maru's family, told the court that a charge sheet has not been served on the two employees. Family counsel Darius Khambata has asked the court to order all related materials be kept safe in the case — including CCTV footage, which Reis stated had been taken by the police, along with all other related material. Khambata stated that a ward boy employed by the hospital had handed over the cylinder to Maru.

A hearing is now set for early September.

In June, the family's ordeal was compounded as they were forced the relive their pain over the death when the Agripada police station handed over the victim's ring finger and part of the little finger that had been held for 18 months in the forensic laboratory after DNA testing.

The family performed last rites on the body parts at Walkeshwar, where the fingers were cremated on a pile of wood and the ashes scattered in water.

"We went through the same pain that we felt last year when we had to perform his last rites,” Rajesh's father Shamji Maru told Mid-Day.com at the time. “When we performed the rituals, his face kept flashing in my mind. I still remember the day when we lost our son.”

"We had been going to the police station and hospital to know about the body parts and it took them as many as 18 months to hand them over to us. It was really an emotional moment for us, as we had to go through the same pain again. I just hope, in future, the BMC takes proper care and no one's life ends like his," Harish Solanki, the victim's brother-in-law, told the news site.

On January 27, 2018, Maru died from injuries received when he was sucked into the hospital's machine while he held an oxygen cylinder.

Maru had gone into the room with an elderly relative who needed a scan and was on oxygen. The family has claimed that hospital staff had “insisted” that the dead man bring in the relative's oxygen tank. But according to hospital staff, CCTV footage that recorded the accident showed that staffers had not been involved in bringing the metal cylinder into the danger zone.