Medical imaging rates are on the uptick: largest study of its kind 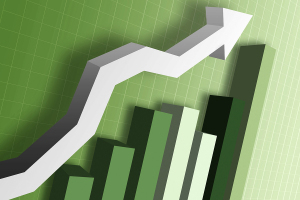 Use of CT, MR and other imaging modalities in the U.S. and Ontario, Canada, has undergone a "recent reacceleration" after undergoing slower growth in the 2000s, according to a review of 135 million imaging exams by UC Davis, UC San Francisco and Kaiser Permanente researchers, published in JAMA.

The study, which was the first of its size to examine imaging rates across different populations, reveals an uptick, despite efforts and campaigns to cut down on unnecessary scanning.

“Medical imaging is an important part of healthcare and contributes to accurate disease diagnosis and treatment, but it also can lead to patient harms, such as incidental findings, overdiagnosis, anxiety and radiation exposure that is associated with an increased risk of cancer,” lead author Dr. Rebecca Smith-Bindman, UCSF professor of radiology, epidemiology and biostatistics, and obstetrics and reproductive medicine, said in a statement.

“Like all aspects of medicine, it's important to make sure imaging is justified, and that the potential benefits are balanced against the potential harms,” added Smith-Bindman.

While most clinicians know that imaging overuse is common, a lack of sufficient evidenced-based guidelines continues to pose a problem, Smith-Bindman advised, noting that, “in the absence of balanced evidence, the default decision is to image."

In a statement reacting to the study findings, the ACR pointed to an aging population and more people receiving care as factors that could contribute to the numbers.

The ACR also stressed that CMS requirements for evidence-based, point-of-care clinical decision support (CDS) will be crucial to imaging more responsibly, calling it "the primary step to assuring that patients who need imaging receive the best test for their condition and that patients who do not need a scan avoid unnecessary care."

One important exception found by the study is a decline in CT use for children, said the researchers.

“The good news is that rates of CT imaging are starting to come down in children,” noted Diana Miglioretti, a biostatistics professor at UC Davis Department of Public Health Sciences and senior author on the study, who pointed out that, “they're still far lower in Ontario than in the U.S., suggesting there is additional room for improvement. It's also important to reduce unnecessary imaging in adults, given they are also at risk of radiation-induced cancers.”

The study authors noted that their findings suggest “neither the financial incentives nor the campaign to reduce use of medical imaging have been entirely effective.”

The challenge of appropriate scan usage — and its impact of healthcare costs — has been under scrutiny for some time. In March, 2018, a study in JAMA, which compared U.S. healthcare spending to ten other high-income countries, found that medical imaging stood out as an area of markedly disproportionate costs.