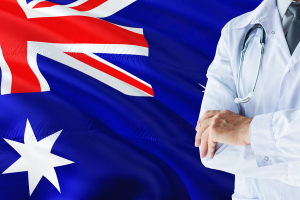 Australia's only nuclear reactor, at Lucas Heights in Sydney, has halted production of the radioisotope Molybdenum-99 due to a problem with a valve.

“The implications are significant” he stressed, adding, “you're going to have 70 per cent of patients who were scheduled for nuclear medicine scans next week not getting them. More importantly than that, they can't even be rescheduled until the week after because the week after is going to be even worse."

By his estimate the situation will impact up to 15,000 patients a week, with doses going only to the most urgent cases.

The impact could be felt globally, as Lucas Heights is one of just 11 reactors worldwide making medical nuclear isotopes, according to the paper.

And the shutdown happened when a medical isotope-producing reactor in South Africa was also down for maintenance.

"The South African reactor will be back operating next week, but the yields take a few weeks before they pick up, and they have really low yields for the first few weeks until they reach their maximum, so they have very little they can actually spare," said Currie.

ANSTO first issued a statement concerning the situation on September 12, stating, it “has temporarily ceased manufacture of the nuclear medicine known as molybdenum-99 in our ANM manufacturing facility after a fault was detected with a valve last Friday,” and adding that there are “no safety implications, and supply of the medicine we had already made was distributed on Monday to Australian hospitals and nuclear medicine clinics.”

In an update on September 13, it advised that, there were “four teams working in parallel to progress options to rectify the issue, and a fifth in daily contact with international partners to source medicine from overseas.”

It stated that progress was being made in the repair of the facility, noting, “we are currently removing irradiated material from inside what is known as a dissolution cell. The valve that is causing the problem is at the top of this cell.”

ANSTO has, at present, made deals to obtain a “limited supply of medicine” from international suppliers that will be used for the next three weeks. Additional arrangements for longer-term supplies are also in progress, it advised.

At present, there is no indication of when the reactor will go online from the agency, according to the paper.

In July, ANSTO raised the price of nuclear medicine, despite months of production and safety issues, and following a leak in June that exposed three workers at its Lucas Heights facility to radioactivity, leading to its shutdown and that of its production of Molybdenum-99.

“The increases are modest, proportional, and reflect the ongoing cost to effectively deliver secure supplies of nuclear medicine,” said an ANSTO spokesman at the time, when confirming the price hikes, adding that the government manufacturer is “consulting with the nuclear medicine community about these changes. Where concerns have been raised, we will work through them with customers who have their own commercial imperatives.”