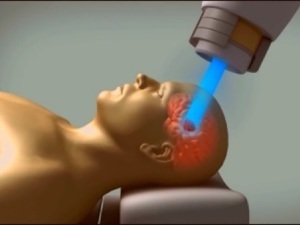 “All solid tumors will be investigated for their response to flash as well as all corresponding normal tissues in our preclinical models,” Dr. Arnab Chakravarti, medical director of radiation oncology at the OSUCCC – James and chair of the department of radiation oncology at the Ohio State University College of Medicine, told HCB News. “Newly diagnosed, recurrent, and metastatic tumors will be carefully investigated in the context of flash proton therapy for both adult and pediatric patient populations.”

Currently being investigated in preclinical models, flash therapy is a form of radiotherapy that can deliver protons or electrons as treatment directly to tumors in a fraction of a second while sparing healthy tissues. Preclinical evidence indicates that the application has the potential to reduce what is typically 30 rounds of treatments over 30 days into a single treatment delivered in less than one second.

The center plans to pursue preclinical investigations in human tumor cell lines and human tumor xenograft models to evaluate the safety and efficacy of flash. Should their findings be promising and necessary approvals are met, the facility will conduct Phase I clinical trials in patients to investigate the treatment’s safety, and then possibly Phase II clinical trials.

It will use the Varian ProBeam 360 treatment system, making it the first treatment center specifically built with a dual-capability platform for conventional proton therapy and flash in the U.S.

“The Varian ProBeam 360 solution for protons will enable us to treat cancer patients with both fractionated intensity modulated proton therapy as well as flash once FDA approval is secured for the latter,” said Chakravarti. “Flash is thought to be achieved at dose rates of 20 Gy/second or higher. We have been informed that our ProBeam 360 platform can approach dose rates of 400 Gy per second which is magnitudes higher than previous proton cyclotrons. Further, our treatment rooms will be fully shielded for these high dose rates, ensuring safe delivery of treatment.”

Proton therapy is used alone or with other therapies to treat several localized cancers, including prostate, brain, head and neck, lung, spine and gastrointestinal in adults. It is used to treat brain cancer, lymphoma, retinoblastomas and sarcomas in children.

The FDA has not approved flash therapy.