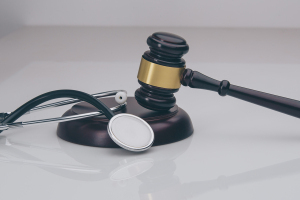 A group of law firms have filed a class
action lawsuit against ViewRay, accusing it
of making false claims
Radiotherapy technology company ViewRay has been hit with a class action lawsuit alleging the company made “false and/or misleading statements,” as well as failed to disclose pertinent facts about its technology. It calls for ViewRay to pay damages in accordance with federal securities laws to parties who invested in company shares between March 15, 2019 and August 8, 2019.

“On August 8, 2019, after the close of trading, ViewRay disclosed operational issues and slashed its previously issued full fiscal year 2019 financial guidance,” said law firm Bragar Eagel & Squire, P.C. in a statement. “On this news, the price of ViewRay common stock price declined by more than 50 percent, or $3.64 per share, to close down at $3.10 per share on August 9, 2019.”

ViewRay, which manufactures the MRIdian MR linac systems, reported a net loss of $30.8 million ($0.32 per share) for the second quarter of 2019, with a decline of backlog to $219.3 million, according to another announcement made by Wolf Haldenstein Adler Freeman & Herz LLP.

1. Failure to disclose that demand for ViewRay systems dropped due, in part, to changes around Medicare reimbursement approaches that were made public in November 2018. The changes could make purchases of new systems less profitable for customers, according to the suit.

2. Overstating reported backlog by including orders with insufficient surety, a quality the suit alleges must be a sure thing for orders to be included on the backlog.

3. Damages suffered by investors because of materially false and misleading statements made by ViewRay at all relevant times.

One firm, Faruqi & Faruqi, alleges that some investors may have incurred losses of more than $50,000.

Another, the Schall Law Firm, says that if found guilty, ViewRay would be in violation of §§10(b) and 20(a) of the Securities Exchange Act of 1934 and Rule 10b-5, which is promoted by the U.S. Securities and Exchange Commission.

The suit was filed in the United States District Court for the Northern District of Ohio.

Investors have until November 12 to seek the role of lead plaintiff in the case.