Radiotherapy following surgery may be unneeded for prostate cancer 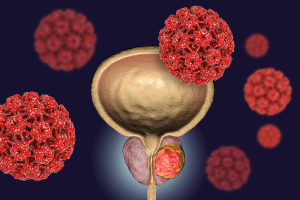 A new study says men with prostate cancer may not need to undergo radiotherapy following surgery.

Researchers made the claim when presenting their findings last week at The Royal Marsden NHS Foundation Trust presented their findings at the 2019 ESMO Annual Meeting in Barcelona, Spain. They assert that sparing men from radiotherapy helps avoid adverse-side effects such as urinary incontinence, which is a potential complication after surgery alone but is at higher risk of occurring when radiotherapy is applied.

"Our findings suggest that using PSA test after surgery is a very good way of detecting recurrence early, at a time when it can still be cured by radiotherapy," chief investigator Professor Chris Parker, consultant clinical oncologist at The Royal Marsden NHS Foundation Trust and Professor in Prostate Oncology at the Institute of Cancer Research (ICR), told HCB News. "Even without further validation, most clinicians will now recommend against adjuvant post-op radiotherapy."

Named the RADICALS-RT trial, the study was run through the MRC Clinical Trials Unit at University College London and consisted of 1,396 patients from the U.K., Ireland, Canada and Denmark who underwent surgery for prostate cancer. Each was randomly allocated to either receive postoperative radiotherapy, or the standard approach of observation only, with radiotherapy offered to those who experienced a recurrence of the disease.

"We plan to continue follow up of the trial to study long term outcomes such as freedom from metastases," said Parker.

The information for the RADICALS-RT trial is part of a five-year follow-up examining disease reoccurrence, with the intention being to assess if postoperative radiotherapy affects the development of secondary tumors.

The trial was funded by Cancer Research UK.