Bringing the 'eight dimensions of wellness' to employee-provided health insurance

Bringing the 'eight dimensions of wellness' to employee-provided health insurance 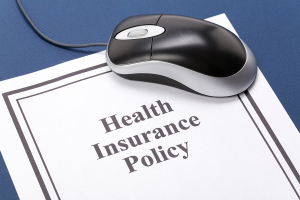 Employer-provided health insurance was originally devised after World War II as a way to attract — and keep — top employees in an exploding, hyper-competitive job market. Yet what we’ve seen is that there is a difference between simply offering health insurance and having employees take advantage of it in a way that promotes actual health and wellness.

Rather than leaving employees on their own to pursue health, some employers are now starting to use data and analytics to create their own health centers, with their own physicians and clinicians, to make it easy for their employees and families to become (and remain) healthier. These programs encompass not just one aspect but what is known as the “Eight Dimensions of Wellness” — Physical, Intellectual, Emotional, Social, Spiritual, Vocational, Financial and Environmental — to address the needs of the whole person.

By delivering both convenient access to care and incentives to use the services in the program, these organizations have been able to increase engagement in better health among employers and employees. The result is reduced absenteeism, improved presenteeism, greater productivity, and a program that helps retain good employees even in the face of higher salary offers elsewhere.

Removing barriers to primary care
Here’s an example of how that works. Like many public and private organizations, a city government in the southwest saw that its healthcare costs were rising without producing better health results. Employees and their families were as sick (or sicker) than ever, and little was being done to address the root causes and improve wellness.

Much of the higher cost was the result of increases in obesity and chronic conditions, which were not being managed effectively. Higher workman’s compensation costs were also a contributing factor.

To address the issue, the city brought in consultants who used advanced data and analytics to take a deep dive into the barriers facing employees around health and wellness. What they found was eye-opening.

The health plans they were offering, which followed the traditional model, weren’t very customized, and most didn’t address any of the eight dimensions of wellness outside the physical. They also found that it often took too long for employees to arrange an appointment with their primary care physicians (PCPs), so they would go to the far more expensive emergency department (ED) at their local hospital or an acute care clinic instead. Having fewer PCPs in the network exacerbated the issue, making it even less likely that employees would focus on wellness.
1(current)
2
3