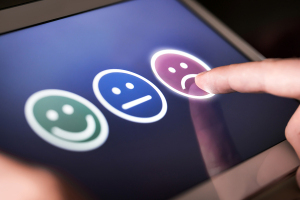 The finding is one of many specified in the 2019 U.S. Healthcare Consumer Experience Study, in which more than half of healthcare consumers expressed frustration over the lack of digital experiences offered by their provider. Among these digital activities are online bill pay, digital pre-appointment forms, and mobile and email bill delivery, according to Cedar, a patient payment and engagement platform that conducted the study alongside independent research firm Survata.

“Similar to the scenarios that have played out in other industries like e-commerce, healthcare providers are now being judged by the digital experience they provide their patients,” said Florian Otto, founder and CEO of Cedar, in a statement. “While technology has rapidly innovated how we treat patients on the clinical side, administrative processes have yet to catch up.”

More than 1,600 healthcare consumers spoke in depth about their views on the matter for the study, with approximately one in five reporting having already stopped seeing or switching providers due to poor digital experience. Many in this category were between the ages of 18-24, an age group three times more likely to switch providers compared to those over the age of 65, and four times more likely to have already abandoned a provider.

In addition, 44 percent of 18-24-year-olds had a healthcare bill go to collections compared to 26 percent of consumers, age 45 and up. Altogether, one-third of U.S. healthcare consumers have had a healthcare bill go to collections, a slight increase from the findings of the 2018 Consumer report study. Provider billing issues was given as the main reason, with one in three Americans believing providers can do more to improve the medical billing and payment process.

Approximately one in five consumers also reported writing negative online reviews for a provider. Of all respondents, 52 percent consulted online review sites when searching for a provider, with 44 percent rating them as top influential factors in their decision.

“Modern consumers, armed with new levels of data, treatment options and heightened expectations, now demand more, and the industry must rise to the challenge,” said Otto.