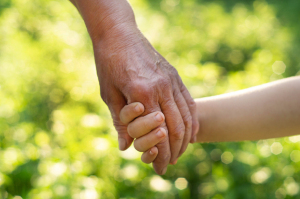 A new research initiative has turned up similar survival outcomes for young and old patients who underwent radiation therapy and concomitant chemotherapy for glioblastoma.

Known as the Stupp protocol, the oncology treatment is usually only prescribed to young patients due to its intense nature. The analysis, however, suggests that patients above the age of 65 who are well functioning following initial diagnosis and surgery may be benefit from it, rather than from a more conservative approach.

“We found that when stratified for performance status elderly patients had similar survival outcomes compared with the younger cohort, without a significant increase in side effects or impact on quality of life,” said lead researcher Dr Brendan Liu of Crown Princess Mary Cancer Centre in Australia, in a statement. “This suggests that elderly patients who managed well following the initial diagnosis and surgical procedure may benefit from a longer course of combined radiation therapy and concomitant chemotherapy, which can provide better prognosis and survival outcomes for the patient.”

Many efforts are underway to find better treatment options for the incurable disease. For instance, Vect-Horus, a producer of vectors for the delivery of therapeutic imaging agents, teamed up earlier this year with RadioMedix to develop theranostic agents for the diagnosis and treatment of Glioblastoma Multiforme (GBM) of the brain with the Vect-Horus’ VECTrans technology.

“Our plan is to utilize VECTrans technology to initially develop an accurate molecular diagnostic PET/CT probe to precisely map the tumor involvement in the brain. This will significantly improve precision of the surgical resection of the tumor,” said Dr. Ebrahim Delpassand, CEO of RadioMedix, in a statement at the time. “The treatment will then be followed by targeted alpha-emitter or beta-emitter radionuclide therapy using the same technology to eradicate any residual malignant cells at the molecular level.”

The findings by Liu and his team were presented at the 70th Annual Scientific Meeting of the Royal Australian and New Zealand College of Radiologists in Auckland.