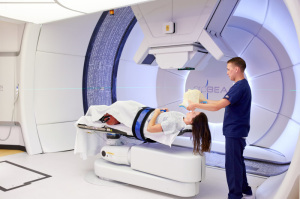 The advanced form of cancer treatment is purported in one study to extend overall survival and reduce toxicity, compared to traditional photon radiation. The second found predictors for reducing liver damage that can result from radiation treatments.

"Generation of high-quality evidence in support of protons to better understand the patient populations most likely to benefit from protons should motivate for more affordable and improved global accessibility of protons," Laura Dawson, president-elect of ASTRO and a professor of radiation oncology at the Princess Margaret Cancer Center, told HCB News. "The best type of evidence is from randomized trials. The present studies motivate for randomized studies to be completed, so indirectly they hopefully will help proton therapy to become more affordable in the future."

The most common form of liver cancer, HCC is often fatal and contributes to more than 700,000 deaths annually worldwide, with incidents rising across the U.S. and abroad. Treatment is limited to liver transplants, surgical resection, ablative procedures, and photon or proton radiation therapy. While surgery is preferred, the scarcity of donor livers and the fact that many patients are ineligible for surgery due to conditions such as cirrhosis often eliminates this as an option.

Treating 133 patients, researchers saw a median survival rate of 31 months in the 49 treated with proton therapy, compared to 14 months in those who received photon therapy. They also observed a decrease in incidences of non-classic radiation induced liver disease (RILD), the onset of which is associated with worse overall survival rates and has been traced back to high doses of radiation. The authors say overall survival in proton patients may have been higher due to lower occurrence of post-treatment liver decompensation, and claim this is the first study to compare both forms of radiation for the treatment of HCC patients. No difference was found in locoregional control for either group of patients.
1(current)
2
3