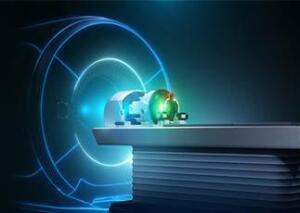 Despite billions in funding, no viable treatment for Alzheimer's disease has yet been discovered. In a presentation Tuesday at the annual RSNA 2019 meeting now convened in Chicago, a research team presented results of a low-intensity focused ultrasound (LIFU) protocol that may promise access to the blood-brain barrier that scientists believe blocks medication treatment.

Researchers at three sites delivered LIFU therapy to three volunteer female patients, age 61-73, with early-Alzheimer's diseases. The three patients, who displayed amyloid brain plaque associated with the diseases, received three successive treatments at two-week intervals. MR scans confirmed that the procedures were successful in opening the blood-brain barriers for about 24 hours. The researchers believe the open-window could pave the way to medication applications.

“We were able to safely and effectively manipulate and open the blood-brain barrier … without any detectable adverse effects," said Mehta. "This procedure may pave the way for more effective medication delivery to the brain."

Mehta added that the next step would be to assess whether the LIFU procedure helps improve memory and other symptoms of Alzheimer's disease. Additionally, future trials will combine the procedure with medication administration to investigate the feasibility of drug delivery to the brain. The researchers believe it’s encouraging that the blood-brain-barrier was demonstrated to close within 24 hours. The result supports the hypothesis and indicates that the blood vessel walls heal quickly after completion of the procedure.

The LIFU procedure uses a helmet transducer fitted over the patient’s head, once positioned in an MR scanner. The helmet is outfitted with more than 1,000 ultrasound transducers placed at different angles to target specific parts of the brain. A contrast agent composed of microscopic bubbles facilitates the MR imaging of the findings. The researchers find that opening the blood-brain-barrier seems to flush out toxic substances, perhaps through an immune response.

Mehta added that the study involved the participation of a large team of specialists. This included neurosurgeons, radiologists, neurologists, psychologists, pathologists, engineers, nurses, MR technologists, and others.