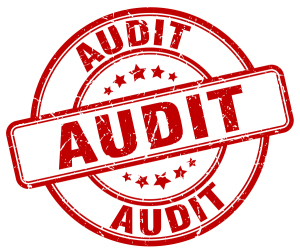 An estimated 106,000 requests for radiology and nuclear imaging exams were canceled between September and December 2017, with decisions stemming from scan backlogs, breakdowns and mismanagement at every level of the agency, according to the auditors. They assert that such actions put the health of patients at risk.

“This Office of Inspector General report focuses on events that date to more than two years ago,” said the VA in a statement to HCB News. “It found that no patients were negatively impacted and all recommended follow-up care based on exam results occurred in a timely manner. VHA concurs with all of the OIG’s recommendations and is executing improvements to the radiology and nuclear medicine exam request process.”

They wrote that the issue arose from a lack of control among radiology supervisors “to ensure canceled … requests received the appropriate clinical review,” and from staff members not following guidelines when making cancellations, according to USA Today.

Many orders canceled were made months or years in advance. Delayed tests were pushed back by weeks. Though no veterans were reported harmed, the report concluded that as many as 115,000 exams out of 660,000 had not been completed on time, some within two weeks for urgent requests or within a month for routine tests. Roughly one in six routine tests took an average of 43 days to complete, while one in four urgent exams took an average of 34 days, more than twice as long as they should.

Jeff Dettbarn, a former Iowa City Veteran Affairs hospital radiology tech, said he “knew something was not right” in 2017 when a patient showed up for a scan, and found that an individual who was not a physician had canceled the exam.

After reviewing cancellations for MR, CT and ultrasound, Dettbarn reported the issue to his hospital. He was later reassigned to administrative duties in a move that he says was retaliation for speaking out on the matter.

Dr. Laurence Meyer, who oversees specialty care for the national VA, told USA Today in 2018 that they had “received word that a few places haven’t been following the directive as intended,” and said that, “we’ve sent out teams and have reviewed and are aggressively working to fix that.”
1(current)
2