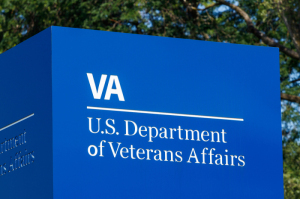 Iowa City Veteran Affairs hospital radiology tech Jeff Dettbarn “knew something was not right,” when a patient showed up for a 2017 scan and the order had been cancelled – but not by a doctor.

So he started keeping track of cancellation notices for CT, MR and ultrasound scans.

Then he raised the alarm with his hospital, and now faces disciplinary action. He told USA Today that this is retaliation.

The VA would not speak to the paper about the case, but in “sworn testimony in the disciplinary proceedings against Dettbarn, Iowa City administrative staffer Lisa Bickford said she and other employees were told by the hospital’s chief radiologist that they needed to 'clean' up a backlog of incomplete diagnostic orders, some dating back years,” according to the paper – and thousands of orders were cancelled, which the staffer described as being “annihilated.”

Iowa City is just the latest example of the VA's radiology problem. Since 2016, according to the report, the agency's hospitals have killed over 250,000 radiology orders nationwide.

The hope was to clean out old or duplicate orders from physicians, but it has become clear that, at a number of facilities, requests for medically needed tests and scans were dropped as well.

An Iowa City hospital spokesperson admitted that national guidelines weren't followed in cutting the outstanding orders in just a “small number of instances” and claimed that “anything closed improperly was reviewed.”

According to the paper, Dr. Laurence Meyer, who oversees specialty care for the national VA, said that they had “received word that a few places haven’t been following the directive as intended,” and added that, “we’ve sent out teams and have reviewed and are aggressively working to fix that.”

The VA center in Tampa, Florida also had problems taking on outstanding orders beginning back in 2016. In an unrelated lawsuit filed by workers there, there was testimony that workers dropped orders without asking doctors first and without patient contact.
1(current)
2
3