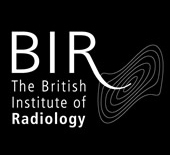 The British Institute of
Radiology finds the
regulation problematic
A directive issued by the European Union, which was due to be implemented in 2008, was to limit exposure of operating staff to electromagnetic fields from zero to 300GHz. The order is now facing a probable delay at the behest of several organizations of medical professionals. DOTmed News has been keeping you posted on the status of this matter in recent months (Part 1; Part 2).

The Commons science and technology committee was "alarmed" to discover that the bill was based on a 10-year-old risk assessment. Committee Chair Phil Willis stated that doctors and scientists had provided compelling arguments that such a law would bring a halt to most use of MRI for diagnosis, treatment and research.

The British Institute of Radiology also finds the legislation problematic. "This postponement," the Institute's Andrew Jones told the BBC, "will allow essential time for further research and data to be collected on the implications of the impact of the proposed directive."

Under the proposed legislation, research into interventional MRI would become unlawful.

If the delay is agreed upon, it allows up to four years for further research before the measure reemerges as a threat to the use of MRI. Meanwhile the continuing use of MRI will aid the most vulnerable groups, such as children and cancer patients, who depend on the National Health Service.