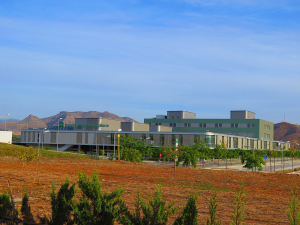 The advisory and analytics service firm made the claim at the National Rural Health Association’s Rural Health Policy Institute conference, asserting that performance metrics in a survey it conducted showed 216 facilities to be "most vulnerable" to closure, and categorized 237 others as "at risk".

"Our study examined the impact of 16 variables and determined that nine were statistically relevant in decreasing (or increasing) a hospital's likelihood of closure,” Michael Topchik, national leader of the Chartis Center for Rural Health, told HCB News. “When you look at these nine variables you see that most tie back to financial performance, such as capital efficiency, case mix index, and outpatient revenue. Even Medicaid expansion status and system affiliation boost bottom line performance."


More than 120 rural hospitals have shut down over the last 10 years, limiting access to care for populations of people who are older, less healthy and less affluent than those in urban settings. Overcoming challenges that contribute to eventual shutdowns is a difficult task, due to factors such as sequestration and bad debt reimbursement, which create downward pressure on hospital revenues.

The Chartis Center for Rural Health conducted their analysis by comparing the performance levels of nearly 2000 open rural hospitals to those of rural hospitals that have since closed. The regression model developed by Chartis identified 453 whose performance levels make them vulnerable to closure. It then split this number into two groups for those that are "most vulnerable" and those that are "at risk".

The greatest potential for decreasing the likelihood of closure, on average, was determined by government control status, health system affiliation and Medicaid expansion status. For instance, those who have expanded Medicaid experienced a 62 percent decrease on average in the likelihood of closure. Many states with the highest levels of vulnerability, such as Texas, Tennessee, and Alabama have not expanded Medicaid.
1(current)
2