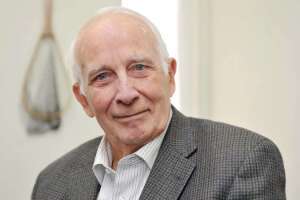 The retired engineer was rushed to the Ellis hospital Sunday night in Schenectady, New York after suffering from a bad cough. There, he underwent a CT scan and tested positive for the virus. He was put on a respirator, but his condition deteriorated overnight. He died the following day, with cause of death listed as organ failure related to COVID-19, the Times Union reported.

"Walt Robb was a true builder in every sense of the word with GE, with the Research Lab and in the Capital Region's business community,” GE's chief technology officer, Vic Abate, told HCB News. “As CEO of GE Healthcare and later head of the Research Lab in the late 1980s and early 90s, he led the growth of new Healthcare businesses in MR and CT imaging, and greatly strengthened the connectivity between the Lab and GE's businesses in advancing cutting-edge technologies. He was extremely active to his final days. He visited the Research Lab often and has left a legacy with our company and in our community that will have lasting impact for many decades to come."

Graduating with a bachelors of science in chemical engineering from Penn State in 1948, Robb went on to attend the University of Illinois at Urbana-Champaign, where he earned a Masters of Science. He began his career the same year at GE as an engineer at its Knolls Atomic Power Laboratory in Schenectady.

Later joining the GE Medical Systems division — now known as GE Healthcare — he relocated to Milwaukee, where he rose in the ranks and eventually became leader from 1973 to 1986. He is credited in this role for helping to enhance development and production of the company’s medical imaging equipment, especially in CT and MR, both of which became profitable devices for GE. His work in CT and MR was recognized in 1993 when President Bill Clinton awarded him the National Medal of Technology and Innovation.

Robb stepped down as head in 1986 to move back to Schenectady and work as director of GE Global Research. He retired in 1993 but continued to serve as a member of boards of directors for many companies, as president of Vantage Management Inc., and CEO of MeOH Power. He was also a philanthropist who invested in numerous startups and owned two minor league sports franchises, the Albany River Rats of the American Hockey League and the arena football team, Albany Conquest.
1(current)
2