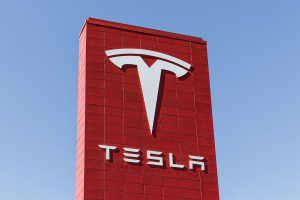 CEO Elon Musk tweeted the news Wednesday. “Giga New York will reopen for ventilator production as soon as humanly possible. We will do anything in our power to help the citizens of New York.”

Following pressure from police and healthcare officials, the company shut down production at its facilities in Buffalo and Fremont, California last week, except for parts and supplies necessary for service, infrastructure and critical supply chains, according to TechCrunch. The announcement to reopen in New York to produce ventilators aligns with previous commitments the CEO has discussed in the wake of the COVID-19 pandemic, including the intention to either donate ventilators or help increase production of the devices for patients hospitalized with the virus.

It also comes amidst the revelation that two Tesla employees tested positive for the virus. The two have been working at home for almost two weeks and showed no symptoms in the office, reported Bloomberg. Tesla did not respond for comment to Bloomberg and did not specify the exact office the employees work in.

Musk tweeted Monday that Tesla expected to have more than 1,200 ventilators ready by the end of the week, and announced the following day that it had purchased and was shipping ventilators from China to the U.S. California Governor Gavin Newsom confirmed late Monday, in a televised address on the Golden State’s response to the virus, that the company had already donated 1,000 ventilators.

"I told you a few days ago that [Tesla CEO Elon Musk] was likely to have 1,000 ventilators this week," he said. "They've arrived in Los Angeles."

Auto and aerospace manufacturers have been approached by governments worldwide to help address the outbreak, which has affected close to 500,000 people and claimed more than 22,000 lives, according to Worldometer.

President Trump has given companies like Tesla permission to manufacture ventilators, masks and other necessary supplies to help providers treat patients and keep their staff members safe from exposure. Another is Ford, which has partnered with GE and 3M to produce ventilators and respirators, respectively, to support COVID-19 patients.


To do its part, Tesla has partnered with Medtronic, a company that already produces ventilators, to ramp up production of the device. “One of our ventilators will be made by them, and they’re fast on track to make that as well,” Medtronic CEO Omar Ishrak