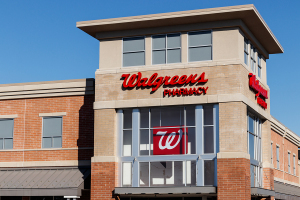 Walgreens said this week that it would start to roll out drive-through access to the new quick-response COVID-19 Abbott Laboratories test in 15 locations in seven states, according to Newsweek.

Plans now call for locations outside some of its stores in Arizona, Florida, Illinois, Kentucky, Louisiana, Tennessee and Texas, according to the news magazine.

"Opening our first drive-through testing location last month has allowed us to quickly learn and develop an efficient and scalable process, and we're pleased to be working with Abbott to help accelerate our efforts, and to enable quick results for those being tested," Walgreens President Richard Ashworth said in the company's statement.

There will be notification of the testing locations through an online tool to be released on Walgreens.com and the Walgreens mobile app.

There will be no cost to patients for those meeting the CDC criteria, but patients will need to register in advance to schedule an appointment.

Abbott received FDA emergency use authorization — but not approval or clearance — March 27 for its molecular point-of-care test that detects COVID-19, the company said in a statement.

The test runs on the company's ID Now platform and can return positive results in roughly 5 minutes, and negatives in 13 minutes.

"The COVID-19 pandemic will be fought on multiple fronts, and a portable molecular test that offers results in minutes adds to the broad range of diagnostic solutions needed to combat this virus," said Abbott President and COO Robert B. Ford, adding, “with rapid testing on ID NOW, healthcare providers can perform molecular point-of-care testing outside the traditional four walls of a hospital in outbreak hotspots."

Plans call for the company to provide 50,000 tests a day, John Frels, vice president of research and development at Abbott Diagnostics, told the Los Angeles Times in late March.

“This is really going to provide a tremendous opportunity for front-line caregivers, those having to diagnose a lot of infections, to close the gap with our testing,” Frels told the paper, advising that, “a clinic will be able to turn that result around quickly, while the patient is waiting.”

At present, there are over 18,000 ID Now units in the U.S. Typically the device is used to spot the flu, strep throat and respiratory syncytial virus, according to the LA daily.

On March 18, Abbott announced it was shipping 150,000 of its RealTime SARS-CoV-2 EUA tests to existing U.S. customers. These work on the company's m2000 RealTime System, which takes longer to get results but can perform up to 1 million tests a week.

That test has also received FDA emergency use authorization, underscoring the urgency and need for both industry and regulators to come together in the face of the pandemic.

"A global challenge like coronavirus requires the commitment and cooperation of everyone who has the ability to help address it," said Abbott Chairman and CEO Miles D. White, adding, "I'm proud of the Abbott team and what they've accomplished in such a short period of time, and I want to thank the administration and the FDA for their partnership in making this happen."