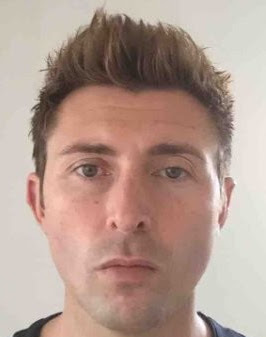 Chris Dodd
Independent clinical trial SMO (Site Management Organisation) Panthera Biopartners has appointed Chris Dodd as Executive VP of Business Development – Oncology and CNS. Chris joins Panthera from Accelerated Enrolment Solutions where he led the world’s largest commercial team on site and patient access. Panthera, which opened its first clinical trial site in the United Kingdom last year has built one of the most experienced management teams in the industry to take it forward and become a major player in the recruitment of patients and running of clinical trials.

Chris will specialise in the development of Panthera’s CNS and Oncology Expertise. Prior to joining AES Chris held senior management positions at Medtronic, Beckton Dickinson and Bracket Global now part of Signant Health. Chris has a BSc in Bio-medicine from Leeds.

Chris commented, “I am delighted to join such an experienced team with a fresh approach to the marketplace. I am looking forward to developing our network of specialist sites in oncology, neurology and psychiatry where there is a huge demand for top tier sites with specialist PIs.”

Chairman John Lyon said: “We are continuing to build a world class team and are really delighted that Chris has chosen to join us. Chris has a proven record of working with clients across the world and will be leading the business development for our growing network of specialist services. This is an area highlighted by our clients in the industry where there is a real need for professionally run sites.”

As well as developing site networks in oncology and CNS, Panthera is recruiting patients and running clinical trials in additional therapy areas. The company opened its first clinical trial site in Preston, Lancashire, UK in November 2019 and is rapidly developing a network of sites initially in the UK with negotiations on overseas site partnerships continuing.


About:
Panthera Biopartners was founded by Dr Ian Smith, founder of Synexus, and Professor John Lyon, previously Global Vice President at Covance, in 2019. Panthera provides CROs and pharma clients with services relating to the recruitment and running of clinical trials at its own clinical trial sites managed by GCP trained healthcare professionals. Other members of the team include CCO, Jane Restorick, previously the global COO at Synexus and CEO Stuart Young, former MD of Synexus UK.

The first Panthera site was opened in Preston, Lancashire, UK in October 2019 and the second in North Manchester in March this year. Further sites are planned in Glasgow and North London with several sites under negotiation. Panthera initially focused on therapeutic areas traditionally managed in primary care but has continued to expand its offering to include vaccines.