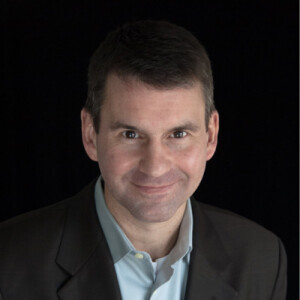 The COVID-19 pandemic has injected uncertainty into every aspect of healthcare, including whether the government will reimburse providers for the treatment of uninsured people who are hospitalized as a result of the virus. Some certainties remain, however. One is self-pay. As insurance companies have offloaded financial liability to patients, insured patients have struggled to pay their new share of medical expenses. Meanwhile, the percentage of uninsured Americans has ballooned back to 2014 rates, according to Gallup poll respondents. With insured family’s premiums topping $20,000/year and the average single deductible at double the average of a decade ago, affordability is a critical challenge facing the American health system, one that is only exacerbated by the present crisis.

It is falling to health care providers to decide how best to tackle this challenge.

Facing their own financial constraints, some hospitals are responding by demanding greater patient accountability. This path includes familiar steps such as contracting with collection agencies to pursue unpaid balances. Recently, though, it has led to more dramatic steps, including suing patients for unpaid bills and pursuing wage garnishment arrangements. As the New York Times reported in November 2019, “In some places, major hospitals now file hundreds or even thousands of lawsuits annually. Those cases strain court systems and often end in wage garnishments for patients.”

While hospitals are within their rights in trying to jolt patients into health care’s new normal, this path likely comes with a host of unintended consequences. Patient satisfaction will obviously suffer, but even more troubling is the potential chilling effect on utilization—a key to effective health care. The new affordability crisis is also implicated in a vicious cycle wherein health problems reduce income and lower incomes are linked to higher rates of morbidity and mortality. This cycle virtually ensures that the sickest patients will also be the ones least able to pay for the care they need.

What, then, is the financially prudent path for hospitals and health systems who also want to preserve appropriate utilization and patient trust? As many organizations have found, this path is one of responsive payment support.

The cornerstone of this approach is the insight, supported by significant patient surveys, that the majority of patients are actually willing to pay their medical bills. This insight means that the best way to approach the affordability crisis is by collaborating with the patient, in ways that are comfortable and familiar to them from other industries. There are 5 key steps hospitals and health systems must follow to deliver effective payment support:
1(current)
2