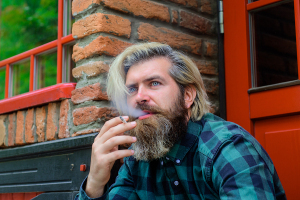 The proposal consists of a draft recommendation statement, draft evidence review, and draft modeling study, all of which recommend lowering the age for testing people at high risk due to their smoking history, from 55 to 50. It also recommends reducing the pack-years of smoking history that make an individual eligible for screening from 30 pack years to 20.

More than 200,000 are diagnosed with lung cancer each year. Current guidelines recommend that screening begin at 55 for those with 30 pack-years of smoking history. A pack year is a calculation of how much a person smokes, with one pack-year equivalent to smoking an average of 20 cigarettes, or one pack, per day for a year.

The draft is a Grade B recommendation but is based on evidence from Europe’s NELSON trial, the second largest randomized controlled trial to demonstrate a reduction in lung cancer mortality with CT screening of people at high risk, and the National Lung Cancer Screening Trial, a randomized U.S. trial conducted to determine whether screening with low-dose CT could reduce mortality from lung cancer.

The changes, according to Wong, would be especially helpful to African-Americans and women, who despite smoking fewer cigarettes than white men, are at higher risk of developing and dying from lung cancer.

“It would help reduce lung cancer deaths and in particular, lower the risk of dying for African-Americans and women, who have a risk for lung cancer that rises with this lower pack year,” he said. “Epidemiological studies show that both women and African-Americans have a risk for lung cancer that is higher relative to whites with the same smoking history. Why that occurs may have many possible causes. We can only say right now that when we examine large populations, they have this risk. Doubles the number of individuals who may be eligible for lung cancer screening.”

He adds that should these changes be made standard, the best way of spreading the message is through the media and through discussions among healthcare stakeholders. “News releases and stories help physicians and clinicians know about this study. We do encourage and hope that many more clinicians will take a smoking history. If they identify individuals between 50 and 80, we want them to know they can help them reduce the chance that a patient may die from lung cancer by recommending and engaging in shared decision-making about lung cancer screenings.”

The USPSTF draft recommendation statement and draft evidence review are posted on the USPSTF website for public comment.

Comments can be submitted until August 3, 2020 at www.uspreventiveservicestaskforce.org/tfcomment.htm.