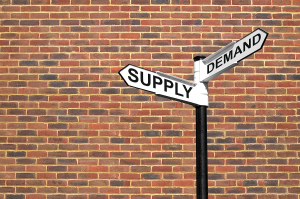 The findings, the researchers say, indicate a lack of adherence to cancer imaging guidelines and a potential worsening of disparities in the exposure and familiarity radiologists have in performing oncologic imaging exams. Such issues could create challenges in maintaining high-quality oncologic imaging throughout the whole practice of radiology.

"The lack of cancer imaging experts in community settings is closely related to the shortage and limited geographic distribution of oncologists and other specialists in cancer care in the United States," study author Dr. Hedvig Hricak, chair of the department of radiology at Memorial Sloan Kettering Cancer Center, told HCB News. "Accurate, clinically relevant interpretation of oncologic imaging requires an understanding of cancer biology, an awareness of the clinical questions that need to be answered to choose from growing numbers of treatment options, and the ability to recognize and assess the effects of various treatments. Thus, the development and maintenance of expertise in cancer imaging requires consistent involvement in team-based, multidisciplinary cancer care."

Radiologists with subspecialized expertise are concentrated mainly on the two coasts and, to an extent, in the middle of the country. Redistribution of these physicians geographically would not be enough to meet demand, according to Hricak, who says that it "stands to reason that where oncologists and other specialists in cancer care are lacking, radiologists with cancer imaging expertise are bound to be lacking as well."

The study is the first, to the authors' knowledge, to use a national claims database to quantify oncologic diagnostic imaging exams. The group examined and compared a national sample from the CMS 5% Carrier Claims Research Identifiable Files of more than five million Medicare claims submitted in 2016 to a similar number from 2004. Oncologic imaging represented 3.9% of the total sample in 2004, and increased to 4.3 % in 2016. Advanced cancer imaging included CT, MR and PET/CT, and accounted for 10.8% and 9.5% of imaging, respectively.
1(current)
2