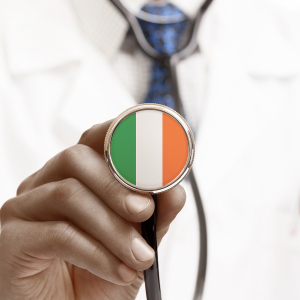 At least 15 of the 59 total CT scanners in the Emerald Isle have passed their life expectancy dates but remain in operation, with one at South Tipperary General Hospital still in use despite passing its end of life date seven years ago in 2013.

Dublin’s Mater Hospital also has a scanner that has been out of date since 2016 and 10 others that expired in 2017 but are still being utilized, reports the Irish Sun.

"The HSE (Health Service Executive) is aware of the high-risk equipment that requires to be replaced and as consequence has increased the equipment replacement budget to €65m in 2020 to remove the identified unreliable and at risk medical equipment," Ireland's HSE, which heads its public healthcare, told HCB News. "The HSE intends to continue to provide a steady state investment of €65m to the National Equipment Replacement Programme (NERP) into the future to address the backlog of aging medical equipment that currently resides in our front line health services."

David Cullinane, a spokesperson for Irish political party Sinn Fein, says that old equipment which is no longer being manufactured runs the risk of creating longer waiting times and reducing capacity, should it break down. “Some equipment can be maintained beyond its end-of-life, but it does not take long for replacement parts to dry up,” he told the Irish Sun.

Scanners slow down as they age and are more prone to breakdowns that can delay scans and create longer waiting lists for patients or force providers to send them to other facilities. Figures from the HSE show that 15 scanners have passed their end of life date and that two more will run out later this year. The fact that they have passed their end of life date means they are no longer serviced by the manufacturers that designed them. Eight others are well within their own dates, and the remaining 34 have no end of date information available, according to the Irish Sun.

Medical equipment faults are reported by the hospital to either a contracted service or maintenance company, or the hospital clinical engineering department, which then records the reported fault and the details of the necessary repair completed to allow the equipment to be returned to clinical service.