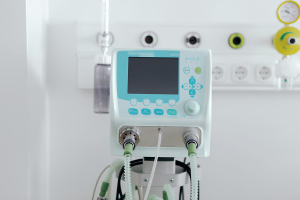 Scientists at King’s College London and Imperial College London have developed a theoretical model that overcomes the specified dangers of splitting ventilators to enable two patients to receive treatment from the same machine at the same time, all by adjusting tidal volume.

"In the UK, at least, demand for ventilators for COVID patients has now reduced dramatically, and there are no capacity issues," Peter Vincent, a professor of computational fluid dynamics at Imperial College London, told HCB News. "This is because the first wave of the pandemic has passed, and treatment protocols have improved and new drug therapies have become available - helping people recover before they need a ventilator. However, it is unclear what will happen over the coming winter, and as the pandemic continues to spread across the world through countries with less well provisioned healthcare systems."

To do this, Williams and his colleagues propose a theoretical model based on an electrical circuit analogy. It involves using these variable resistances and one-way valves to manipulate the airflow (tidal volume) delivered to one patient independently of the other. Testing various configurations for connecting a single ventilator to two patients, the researchers found that the resistances and one-way valves add into the inhalation and exhalation paths of the ventilator circuit.

Ventilators are normally specifically programmed to each patient, as each one requires individualized pressures and volumes of airflow. Split ventilation is considered an inherently dangerous practice that should only be used in the most extreme circumstances, as it poses serious risks. The researchers say their method could be viewed as a "last resort" measure, should the need for split ventilation arise.

Beyond the pandemic, the approach could be utilized to address other extreme situations, such as acute disaster surge capacity limitations or in a military battlefield context. The team is working to get feedback from the international community and begin bench testing their method.

"The specific approach detailed in our new paper deals with the issue off individualized air volume control alone," said Peter Vincent. "All the other issues would also need to be addressed if a split ventilator concept were to be approved for clinical practice. Moreover, since the approach detailed in the paper was based on a theoretical model, it would need bench testing, and then pre-clinical testing in an animal model, before it could be considered for use in clinical practice. We are working on all of these aspects now."

The findings were published in Royal Society Open Science.